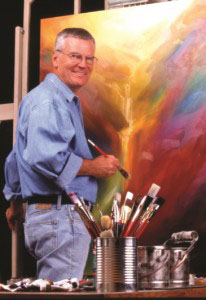 Charles H. Pabst Biography
Early Life A native of Santa Clara, California, Charles H. Pabst was the first of two children born to Edwin & Leota Pabst. His family had an appreciation for all things cultural — art, music and theater, and at an early age Charles picked up his grandmothers watercolor paints and began painting what he saw.
As a young boy, his family traveled extensively, and their interest in travel helped develop young Charles' fascination with the beauty of the outdoors. Charles continues to travel around the world, studying the landscapes and culture of the people, taking photographs of different scenes that capture his interest. Every year he picks a new destination to explore. Life as an Artist Raised in northern California, his early influence was from such painters as Russell Swan, a marine artist that painted Monterey Wharf and Cannery Row. During a trip to the Grand Canyon when he was twelve, Charles became captivated with the Southwest and knew that he would return someday. He came back to Arizona to study art at Arizona State University, where he received his degree in Fine Arts. He still lives in Arizona.

While pursuing his Fine Arts degree, his first reckoning with a will greater than his own occurred. The experience left Charles transformed in his faith. For the first time he had an inkling of the satisfaction derived from weaving his determination with one more powerful to form a deeply meaningful satisfaction. This new awareness matured him, as his faith became the focal point of his life. He intensely believed God not only wanted him to be an artist, but a very good artist, able to paint magnificent examples of His creation for people to enjoy. 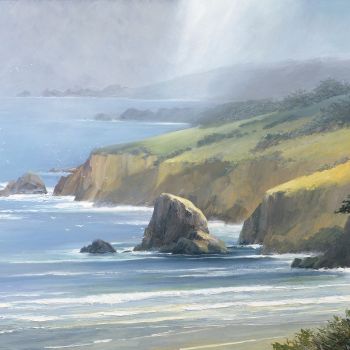